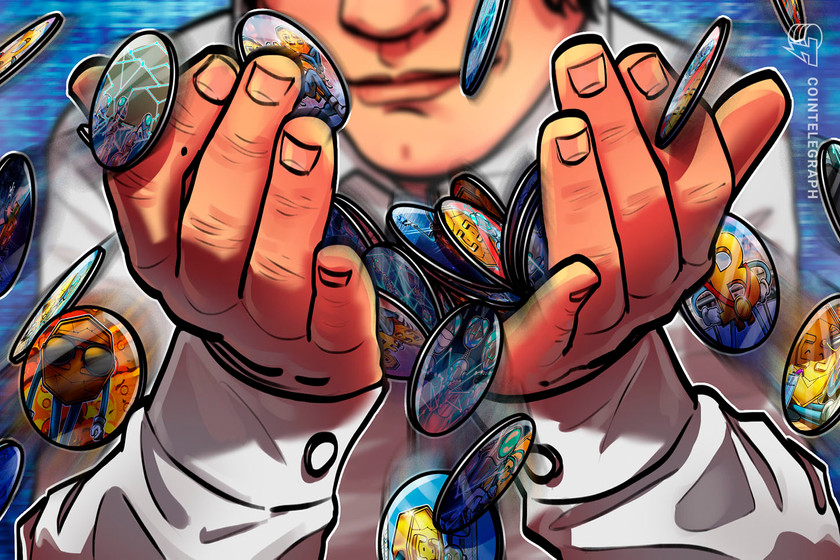 Prices throughout the nonfungible token (NFT) market have suffered amid the broader market downturn, with the floor price of the Bored Ape Yacht Club (BAYC) collection dropping more than 50% since the beginning of this month.

BAYC’s floor price dipped to $198,000 on Wednesday, signaling a 52% drawdown in dollar-denominated valuation from May 1, where the cheapest available Bored Ape cost $420,000. The lackluster market conditions also took their toll on the total number of BAYC sales, with sale volume down 117% week-on-week.

When looking at the BAYC floor price measured in Ether (ETH), the NFT collection has only fallen a touch over 30%, with the current floor price sitting at 97.39 ETH.

The price of BAYC’s partnered cryptocurrency ApeCoin (APE) also suffered a significant drop in price, with the token down roughly 70% since the launch of Yuga Lab’s metaverse project: Otherside.

The NFT collection, which was announced today, was designed to honor the 106th Indianapolis 500 — one of the largest car races in the United States — and will take place on Sunday, May 29.

The race day ticket NFTs will be available for free to everyone who purchased a seat at the event, and will offer users access to exclusive content throughout the weekend of the race.

‘V1’ CryptoPunks Given the Green Light

A formerly discarded collection of CryptoPunks, known as the “V1” collection, has returned to OpenSea following the recent move by Yuga Labs to purchase the intellectual property of the CryptoPunks collection from Larva Labs.

The first collection of CryptoPunks made by Larva Labs in 2017 was accidentally built on faulty code, so they were quickly discarded and replaced with the now-iconic “V2” versions.

However, at the end of last year, the CryptoPunks community created a “wrapper” program that salvaged discarded V1 versions and turned them into new NFTs, generating some major pushback.

PSA: “V1 Punks” are not official Cryptopunks. We don’t like them, and we’ve got 1,000 of them… so draw your own conclusions. Any proceeds will be used to purchase real Cryptopunks!

Larva Labs then issued a DMCA takedown notice to OpenSea and had the NFTs removed. However, the purchase by Yuga Labs meant that Larva Labs could no longer maintain their dispute, which led to the claim expiring and the V1 Punks return to OpenSea.

The Lonely Ape Yacht Club, an app designed to allow users to connect their crypto wallets and filter potential matches by the net worth of their NFTs, has failed to launch due to the vastly uneven ratio of men to women who signed up for our waitlist.

Unfortunately due to a vastly uneven ratio of men to women who signed up for our waitlist, we have decided to put the BAYC dating app on hold indefinitely.
Too many bros!

We sincerely appreciate your interest and support.https://t.co/PozZOCph0y

According to the Lonely Ape Yacht Club website, the app was designed to be the first NFT focused dating app, kicking things off with BAYC NFTs.

The website added that the app would allow Lonely Ape members to “get the attention of potential matches by sending them tips in crypto,” as well as showing off metrics like “how long you have diamond handed your NFTs, personal net worth and the value of their overall NFT portfolio”.

The app was also set to include a feature called “Coin Digger”, which would allow non-BAYC owners to: “connect with higher net worth individuals for mutual benefit.”

Social media giant Facebook’s parent company, Meta, is rumored to be planning the launch of a payments platform that will offer support for cryptocurrency, hinting at a continued push into the world of blockchain technology.

44 central bankers from developing nations around the world are attending a 3-day conference in El Salvador this week to discuss a diverse range of financial matters including Bitcoin (BTC).